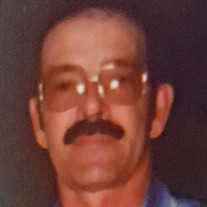 Richard Lynn Stapleford of Eureka, died on Sunday, July 17, 2016, at his home in Eureka, at the age of 63. Richard was born September 2 1952, in El Dorado, Kansas, the son of Edgar Earl and Cleo Mae (Burton) Stapleford. He attended grade school in Severy and Piedmont, and completed high school in Eureka. He later attended Butler County Community College. On July 23, 1971, Richard was united in marriage to Cathy Frakes in Eureka. In 1972, he was drafted into the Army National Guard where he served with honor and dignity for six years, returning home to Greenwood County in 1978. He worked in the oil fields and as a cattle rancher with over 25 years with RRA. He was a past president of the Eureka Saddle Club, and a past leader with the Union Shockers 4-H Club. Richard is survived by his wife, Cathy of the home; four children: Christy Lynn Boyer of Mount Hope, Kansas; Casey Lee Edmondson of Aurora, Colorado; Cody Lee Stapleford of Eureka; and Russell Lee Stapleford of Eureka; eight grandchildren; 9 siblings: Pat Stapleford of Augusta; John Stapleford of Golden, Colorado; Raymond Stapleford of Severy; Rita Bills of El Dorado; Mary Sanford of Severy; David Stapleford of Eureka; Harold Stapleford of Fall River; Lisa Boyer of El Dorado; and Dale Stapleford of Yates Center. He was preceded in death by his parents; two daughters, Becky L. Stapleford and Angel L. Stapleford; one half-sister, and one half-brother. Graveside services will be held at 10:00 A.M, Wednesday, July 20, 2016, at Greenwood Cemetery with Chaplain Keith Springer of Harry Hynes Memorial Hospice officiating. Visitation hours are set from 5:00 P.M. to 7:00 P.M., Tuesday, July 19, at the funeral home. In lieu of flowers, the family has requested that memorials be made to VFW Post #2712. Contributions may be sent in care of Koup Family Funeral Home, P.O. Box 595, Eureka, KS, 67045 which is in charge of service arrangements. Condolences may be left for the family online at koupfunerals.com.

Richard Lynn Stapleford of Eureka, died on Sunday, July 17, 2016, at his home in Eureka, at the age of 63. Richard was born September 2 1952, in El Dorado, Kansas, the son of Edgar Earl and Cleo Mae (Burton) Stapleford. He attended grade school... View Obituary & Service Information

The family of Richard Lynn Stapleford created this Life Tributes page to make it easy to share your memories.

Send flowers to the Stapleford family.