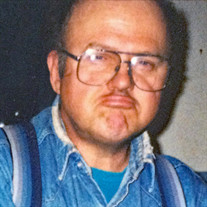 Michael Leroy Harris of Hamilton, Kansas, died Monday, December 19, 2016, at his home near Hamilton, at the age of 67. Mike was born November 27, 1949, in Harper, Kansas the son of Ralph Leroy and Alma Loraine (Ford) Harris. The family moved to Madison, Kansas where Mike attended local schools thru his Junior year. He later studied and received his GED. On November 28, 1967, Mike was united in marriage to Laura Louise Snovelle in Burlington, Kansas. To this union three children were born. The family lived in Madison, Kansas and Emporia, Kansas, then purchased a farm and settled in Hamilton, Kansas. Mike worked as a welder in refineries and power plants across the country, before retiring due to his health. After retiring, he farmed and raised cattle. He was a member of the St. John’s Parish in Hamilton, Kansas, and belonged to the Boilermakers Union Local #83 in Kansas City. Mike is survived by his wife, Laura, of the home; three daughters, Wendy Lou Beeson of Emporia, Kansas; Michelle Lea Turner of Hamilton, Kansas; and Misty Dawn Burt of Emporia, Kansas; honorary son, Rodney D. Snovelle of Hamilton, Kansas; six grandchildren; one brother, Marvin L. “Pat” Harris of Hamilton, Kansas; and two sisters, Cathy L. Coop of Emporia, Kansas; and Candy L. Cole of Neosho Rapids, Kansas. He was preceded in death by his parents. Mass of Christian Burial will be held at 11:00 A.M., Friday, December 23, 2016, at St. John’s Parish in Hamilton, Kansas with Father Stephen Gronert officiating. Rosary recitation will begin at 10:30. Interment will follow at Janesville Cemetery in Hamilton, Kansas. In lieu of flowers contributions can be made to the St. John’s Parish Altar Society and left in care of Koup Family Funeral Home, P.O. Box 595, Eureka, Kansas 67045, which is overseeing arrangements. Condolences may be left for the family online at koupfunerals.com.

Michael Leroy Harris of Hamilton, Kansas, died Monday, December 19, 2016, at his home near Hamilton, at the age of 67. Mike was born November 27, 1949, in Harper, Kansas the son of Ralph Leroy and Alma Loraine (Ford) Harris. The family moved... View Obituary & Service Information

The family of Michael Leroy "Mike" Harris created this Life Tributes page to make it easy to share your memories.

Send flowers to the Harris family.