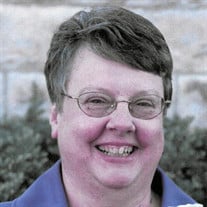 Marie “Ann” Coon of Eureka, KS, died Friday, March 24. 2017, at Greenwood County Hospital in Eureka, at the age of 60. Ann was born July 5, 1956, in Eureka, the daughter of Gilbert and Helen Weldene (Lozier) Coon. She was raised in Eureka and attended local schools, graduating with the Eureka High School Class of 1974. Following graduation, Ann worked at Jim’s IGA and Bi-Rite; before she began her career as a Certified Pharmacy Technician at McMullen Drug and later Eureka Pharmacy. In her spare time Ann loved to bowl and to spend time with family; especially her nieces and nephews. She seldom missed a ball game or an activity they were involved in. She is survived by three brothers: Gary and wife, Trish Coon of Eureka; Danny and wife, Cathy Coon of Eureka; Ron and wife, Pat Trimble of Joplin, MO; Sister-In-Law, Eileen Trimble of Wichita; and many nieces, nephews, and friends. Ann was preceded in death by her parents, and three brothers: James Trimble; Jerry Trimble; and Johnny Trimble. Funeral services will be held at 2:00 P.M., Wednesday, March 29, 2017, at Koup Family Funeral Home with Mr. Jayme Koup officiating. Interment will follow at Greenwood Cemetery in Eureka. Visitation hours are set from 5:00 P.M. to 7:00 P.M., Tuesday, at the funeral home. In lieu of flowers, the family has requested that memorials be made to the Greenwood County Hospital. Donations may be sent in care of Koup Family Funeral Home, P. O. Box 595, Eureka, Kansas 67045, which is overseeing arrangements. Condolences may be left for the family online at koupfunerals.com

The family of Marie Ann Coon created this Life Tributes page to make it easy to share your memories.

Send flowers to the Coon family.