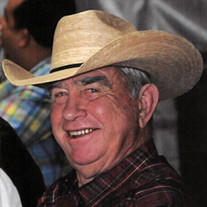 Louis “Louie” Surber of Eureka, died on Thursday, November 4, 2021, at Greenwood County Hospital, in Eureka, at the age of 91. He was born on April 3, 1930, in Pawhuska, Oklahoma, the son of William and Cora (Hale) Surber. He was the youngest of eight children. He was raised in Pawhuska spending his formative years growing up in the rolling prairie and blackjack forest of the Osage Hills. He went to Pawhuska schools and graduated from Pawhuska High School in 1948. Louie was an excellent athlete playing football and basketball for the Huskies. He was the first recipient of the Ormond Beach Award for outstanding football player at Pawhuska. As a senior he was named All-State as an offensive end. Louie was later inducted into the Pawhuska Basketball Hall of Fame in 2015. Following graduation, Louie spent the next two years at Miami Jr. College (Northeastern Oklahoma A&M) and Northwestern Oklahoma State University in Alva. While in college he played both football and basketball for which he earned athletic scholarships. After college Louie joined the U.S. Air Force. He served his country for three years as a military police officer working with his German Shepherd, Aro, during the Korean War and he was stationed in Japan and Korea. He was awarded the National Defense Service Medal, Korean Service Medal, UN Service Medal, ROK President Unit Citation, and with three Bronze Service Medals. Louie married the love of his life Patricia “Pat” Angeline Payne on October 1, 1954, in Bartlesville, Oklahoma. They spent their honeymoon doing what he loved, watching football and fishing, but Pat caught the biggest fish. Together they raised three daughters. Louie would work for several different oil companies in and around Osage County. He worked both as a rig hand and tanker truck driver. He also worked in construction helping build the sale barn in Pawhuska and a strip mall in Bartlesville. In 1956, Louie started his career in the cattle business when he began working for his in-laws, Glenn and Madge Payne, owners of Payne Cattle Co. in and around Bartlesville. The family moved to Greenwood County on April 12, 1961, to live and work on the newly acquired family ranch southwest of Eureka. In November 1963, Louie and Pat bought their home on Myrtle Street where they have lived out their days. He would spend the next four decades running a custom grazing business for stocker cattle and raising a few cows of his own. He spent a lot of time with his daughters and grandchildren in the feed truck bouncing through pastures and listening to classic country on KFDI Radio. Louie retired from running the ranch in 2007. One of Louie’s other passions was horse racing. He owned and trained quarter horses with his family for several years during the 1970s. They raced at Eureka Downs and tracks across, Kansas, Oklahoma, and Nebraska. The first horse they raced was the best, The Blue Pacific. Louie would later spend many days and dollars at Eureka Downs and tracks across the country. He even hit a few major bets that got him on the front page of The Eureka Herald. He is survived by his wife, Pat of the home; children, Rebecca Surber Ivancic and husband, Mark Ivancic of Bradford, Pennsylvania; Heidi Surber Teichgraeber of Eureka; Erika Musette Bechtel and husband, Dr. Roger Bechtel, of Eureka; ten grandchildren, Brian Patrick Nelson, Katlyn Payne Nelson, Colby Taylor Nelson, Alexa Patrice Teichgraeber, Veronika Elise Teichgraeber, Mischa Lisette Teichgraeber, Felicia Suzette Teichgraeber, Glenn Samuel Bechtel, Wyatt Louis Bechtel, and Lydia Musette Bechtel-Edmonson; and four great-grandchildren, Brooke Amalie Slater, Josefina Payne Nelson, Graham James Bechtel, and Brianne Claire Bechtel. He was preceded in death by his parents and siblings. Memorial services will be held at 11:00 A.M., Friday, November 12, 2021, at Christ Lutheran Church, in Eureka, with Pastor Tim Carey of Emanuel Lutheran Church of Hutchinson officiating. Visitation hours are 5:00 P.M. to 7:00 P.M., Thursday, November 11, 2021, at Koup Family Funeral Home in Eureka. The family respectfully requests that guests wear a face covering or mask. In lieu of flowers, the family requests that memorials be made to Christ Lutheran Church of Eureka where Louie was a faithful servant for 60 years, or to the Greenwood County Hospital. Contributions may be sent in care of Koup Family Funeral Home, PO Box 595, Eureka KS 67045, which is overseeing arrangements. Condolences may be left for the family online, at koupfunerals.com.

The family of Louis Surber created this Life Tributes page to make it easy to share your memories.

Send flowers to the Surber family.