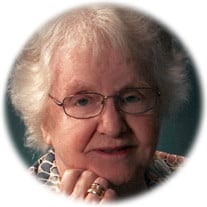 Lois Evelyn (Morton) Himes of Emporia, died on Friday, March 2, 2018 at Emporia Presbyterian Manor in Emporia, Kansas, at the age of 92. She was born on December 10, 1925, in Lebanon, Indiana, the daughter of William and Carrie (Wiley) Morton. She was raised in Lebanon and graduated from Lebanon High School with the class of 1943. She then attended Sterling College, in Sterling, Kansas completing a bachelor’s degree in 1948. Lois was a teacher in western Kansas and in Wyoming before returning to school. She then attended the University of Wyoming graduating with a master’s degree in English and social studies in 1956. On August 24, 1957, Lois was united in marriage to Orville Bernell Himes in Lebanon, Indiana. Lois continued teaching in Rural Valley, Pennsylvania, retiring in 1976. Orville preceded her in death on November 2, 2005. Lois moved to Emporia in 2004. She was a member of the Emporia Presbyterian Church and the Grange. She is survived by two children, Sarah Pretz of Overland Park; and John Himes of Eureka; four grandchildren; four great-grandchildren; and one brother, John Morton of Auburn, Indiana. She was preceded in death by her parents and seven siblings: Doris Bryan, Esther Morton, Hugh Morton, Leah Teed, Edna Frizzell, Julia Curts, and Mabel Murphy. Memorial services will be held at a later date with inurnment to follow at Mud Creek Cemetery, Lebanon, Indiana. Cremation has been effected. In lieu of flowers, the family has requested that memorials be made to the Emporia Presbyterian Church or to the NuValley Presbyterian Church. Contributions may be sent in care of Koup Family Funeral Home, P.O. Box 595, Eureka, KS 67045, which is overseeing service arrangements. Condolences may be left for the family online, at koupfunerals.com.

Lois Evelyn (Morton) Himes of Emporia, died on Friday, March 2, 2018 at Emporia Presbyterian Manor in Emporia, Kansas, at the age of 92. She was born on December 10, 1925, in Lebanon, Indiana, the daughter of William and Carrie (Wiley) Morton.... View Obituary & Service Information

The family of Lois (Morton) Himes created this Life Tributes page to make it easy to share your memories.

Send flowers to the Himes family.