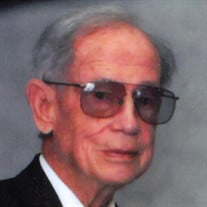 Keith Moots Frank “Keith” Moots of Eureka, died on Tuesday morning, January 12, 2016, at Catholic Care Center, in Wichita, at the age of 87. He was born on August 20, 1928, in Halstead, Kansas to Frank Eke and Clema (Stewart) Moots. He was raised in Newton and graduated from Newton High School where he played football and basketball. Keith graduated from Kansas State University in 1950 with a degree in Floriculture and Ornamental Horticulture. While working as a house boy at a girl’s dorm at K-State he met Virginia Torkelson of Horton, Kansas and they were married on Christmas Day, 1950 before Keith entered the army. They were married for over 62 years. After his service in the army, Keith and Virginia lived in Newton where Keith worked at Maxwell's Greenhouse and Virginia taught school. In 1958, they moved to Eureka and purchased Eureka Greenhouse. The couple enjoyed traveling and Keith also loved flying and had his private pilot's license for many years. They were avid Kansas State fans and were season ticket holders for football and basketball for many years. Keith also enjoyed attending his grandchildren's sports and other activities. He had a great group of friends that he enjoyed visiting with and playing cards. Keith was a member of Christ Lutheran Church in Eureka. He is survived by his two sons, Craig and wife, Becca Moots of Taylorville, Illinois; and Eric and wife, Lisa Moots of Eureka; four grandchildren, Dr. Paul Moots of Peoria, Illinois; Emily and husband, Michael Schumann of Mount Prospect, Illinois; Wayne Moots of Kansas City; and Wesley Moots of Manhattan; one great-granddaughter, Nora Schumann; and sister, Joyce and husband, Arthur Steinkirchner of Marshal, Michigan. He was proceeded in death by his wife, Virginia; infant daughter, Lynn Ann; sister, Lois Ediger; and brother-in-law, Don Ediger. Funeral services will be held 2:00 P.M., Saturday, January 16, 2016 at Christ Lutheran Church with Pastor Tim Meyer officiating. Interment will follow at Greenwood Cemetery. Visitation hours are set from 5:00 P.M. to 7:00 P.M., Friday, at the funeral home. The family has requested that memorials be made to the Eureka Public Library or Christ Lutheran Church. Contributions may be sent in care of Koup Family Funeral Home, P.O. Box 595, 121 N. Oak St., Eureka, KS 67045, which is in charge of service arrangements.

The family of Frank "Keith" Moots created this Life Tributes page to make it easy to share your memories.