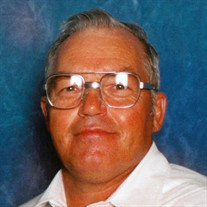 John Daniel “J.D.” Fowler of Virgil, passed away on Monday, December 21, 2015, at the Life Care Center, in Burlington, Kansas at the age 76. He was born on October 4, 1939, in Russell, Kansas the third child of Fred and Alice (Young) Fowler. After living a short time in California as a young child, his family returned to Russell, where he grew up and graduated high school in the class of 1957. On September 2, 1961, J.D. married Karla Bock in Wichita, KS. Shortly afterward, they moved to Manhattan, KS. In December 1961, he graduated from Kansas State University, (where he competed on the Livestock Judging Team and the Meat Judging Team), with a Bachelor’s Degree in Animal Husbandry. They then moved to Kansas City, KS (where their three children were born) and he was employed by Swift & Co. as a livestock buyer. His livestock buying career took the family to Greenfield, OH, Wilson, NC, and Scottsbluff, NE. He bought livestock in Kansas, Ohio, North Carolina, Nebraska, Wyoming, South Dakota, and Colorado, ending his livestock buying career employed by Morgan Colorado Beef. In 1981, he began a second career in the oilfield, working for Cities Service Oil Company and moved to Ulysses, KS, and then Sublette, KS. While in Sublette, J.D. became an avid square dancer, even learning to call square dances. He retired from Occidental Petroleum Company in 1998. In 2000, he and Karla moved to Greenwood County, near Virgil, KS and he began his third career as a cattle rancher. He served on the board of the Greenwood County Farm Bureau in Eureka, KS and was a member of the Greenwood County Cattleman's Association, the Kansas Livestock Association, and the National Cattleman's Association. In his later years, J. D. took a great interest in Model A Fords and joined the East Central Kansas Ts. He is survived by his wife, Karla, of the home; three children, Dixie and husband, Jerry Hinman of Morrill, Nebraska; Sandy and husband, Gordy Keas of Plainville, Kansas; and Jay and wife, Judy Fowler of Hamilton; six grandchildren: Stacey Hinman of Blue Springs, Missouri; Matthew and wife, Samantha Hinman and Thomas Hinman and partner Krissa Richards of Morrill, Nebraska; Christopher and wife, Caroline Keas of Plainville, Kansas; Jacob Keas of Lubbock, Texas; Amelia and husband, Davis Glass of Cadiz, Kentucky; and step-granddaughter, Kyla Wright of Thornton, Colorado; eight great-grandchildren, Gavin Gercone of Blue Springs, Missouri; Ryan and Ryker Hinman, Jaxon and Hunter Hinman of Morrill, Nebraska; Corbin and Caden Keas of Plainville, Kansas; Cooper Keas of Lubbock, Texas; and one step-great-grandson, James Banuelos-Wright of Thornton, Colorado; and several other family members. He was preceded in death by his infant brother, Steven; father, Fred Steven Fowler; brother, Donald; step-father, James Howe; sister, Lucille Anschutz; step-sister, Valdeva Burnham; and mother, Alice. Funeral services will be held at 2:00 P.M., Saturday, December 26, 2015 at Koup Family Funeral Home, in Eureka with Pastor Warren Olson of the Virgil United Methodist Church officiating. Interment will follow at Virgil Cemetery. The family requests that family and friends wear denim. In lieu of flowers, the family has requested that memorials be made to the American Heart Association or to the charity of your choice. Contributions can be sent to Koup Family Funeral Home, P. O. 595, Eureka, Kansas 67045, which is in charge of service arrangements.

The family of John Daniel "J.D." Fowler created this Life Tributes page to make it easy to share your memories.

Send flowers to the Fowler family.