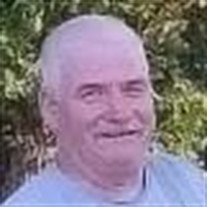 Joe Junior Espinosa, II of Eureka, died on Thursday, November 24, 2016, at his home, in Eureka at the age of 62. He was born on April 22, 1954, in Great Bend, Kansas, the son of Jose A., Jr. and Lila Irene (Johnson) Espinosa. He was raised in Great Bend and attended local schools. He completed his GED at Barton County Community College. He served in the United States Army for a short time. On August 8, 1981, Joe was united in marriage to Deborah Adolph in Great Bend, where they made their home. In 1992, they moved to Elk Falls and to Eureka in 2002. He was a member of the Kingdom Hall of Jehovah’s Witnesses of El Dorado. He is survived by his wife, Deborah of the home; three children, Brian Wade Espinosa of Clearwater, KS; Joseph Eugene Espinosa of Round Rock, TX; and Christina Maria Murillo-Bournique of Wichita, KS; his father, Jose of Eureka; two grandchildren, Caterina Espinosa and Christine Wilson; three step-grandchildren; two brothers, Johnny Ray and wife, Juanita Espinosa of Great Bend, KS; and Teddy and wife, Merrill Espinosa of Otis, KS; two nephews, Lawrence and Ethan; three nieces, Katie, Melanie, and Jennifer; three step-sisters, Stephanie and Renee of Bossier City, LA; and LaDonna of Phoenix, AZ; and numerous aunts, uncles, and cousins. He was preceded in death by his mother. Cremation has been effected. No services are planned at this time. Condolences may be left for the family online, at koupfunerals.com.

The family of Joe Junior Espinosa II created this Life Tributes page to make it easy to share your memories.

Send flowers to the Espinosa family.