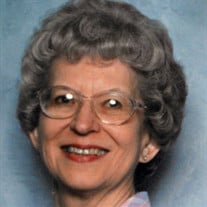 Janet Marie (Tally) Gulick of Eureka, died on Friday, May 3, 2019, at the Wesley Medical Center, in Wichita, at the age of 83. She was born on May 28, 1935, in Baxter Springs, Kansas, the daughter of Roy and Martha (Landis) Tally. She was raised in Baxter Springs through seventh grade and then the family moved to Neodesha. Janet graduated from Neodesha High School with the Class of 1953. On July 4, 1953, Janet was united in marriage to James Harvey Snavely in Neodesha. To this union, three children were born. They made their home in Neodesha but soon moved to Tacoma, Washington, as he was in the military. They later returned to Neodesha, before moving to Toronto in 1959. Despite the fact that Janet was born legally blind, she owned and operated Snavely’s Café and The Village Shoppe in Toronto. This marriage later ended in divorce. On February 18, 1983, Janet was united in marriage to Billy Joe Gulick in Lake Tahoe, Nevada. They made their home in Toronto where they owned and operated Lakeside Liquor and later moved Eureka. Together they managed Stanley’s Hardware for a number of years and Janet operated her own embroidery business as well. She finally retired in 2011 at the age of 75. Billy preceded her in death on October 27, 2010. She was a member of the Toronto United Methodist Church. She is survived by her daughters, Diane and husband, Carl Gassaway of El Dorado Hills, California; and Donna and husband, Keith Olson of Eureka; two step-children, Lori and husband, Larry Senne of McFarland, Kansas; and Scott and wife, Kimberly Gulick of Estero, Florida; nine grandchildren: Trenda Turner, David Gassaway, Karen Larcom, Steven Olson, Shane Gassaway, Lisa Steere, Tammy Titlow, Tanner Gulick, and Ethan Senne; fifteen great-grandchildren; one great-great-grandchild; and her brother, Jerry Tally of Eureka. She was preceded in death by her parents; husband, Bill; and son, Richard “Dick” Snavely. Memorial services will be held at 10:00 A.M., Saturday, May 11, 2019, at Toronto Cemetery, in Toronto with Pastor Kevin Lawrence of the Toronto United Methodist Church officiating. Cremation has been effected. In lieu of flowers, the family has requested that memorials be made to the Eureka Nursing Center Activities Fund or to the Toronto United Methodist Church. Contributions may be sent in care of Koup Family Funeral Home, P.O. Box 595, Eureka, KS 67045, which is overseeing arrangements. Condolences may be left for the family online, at koupfunerals.com.

Janet Marie (Tally) Gulick of Eureka, died on Friday, May 3, 2019, at the Wesley Medical Center, in Wichita, at the age of 83. She was born on May 28, 1935, in Baxter Springs, Kansas, the daughter of Roy and Martha (Landis) Tally. She was... View Obituary & Service Information

The family of Janet Marie Gulick created this Life Tributes page to make it easy to share your memories.

Send flowers to the Gulick family.