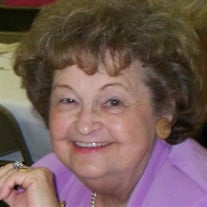 Helen Christine "Tina" Braden, a long-time resident of the Eureka area, passed away on Wednesday, February 8, 2017 at Greenwood County Hospital, in Eureka, at the age of 83, surrounded by loved ones. Tina was born on September 17th, 1933 in the Kansas Flint Hills near Teterville to parents Earl "Dyke" and Helen Maloney. Growing up in the country she attended a small one-room school. Always a tomboy, Tina loved horses and was a gifted rider from an early age. She married Henry E. Pursell in 1949 and they had a son Terry in 1950. They were divorced soon after and Tina went back to school, graduating from Hamilton High School, and later attended what is now Emporia State University. In 1957 Tina married F.T. "Bud" Gravatt of Hamilton. They had a daughter, Cindy in 1958. Tina and Bud were an inseparable team, managing restaurants, country clubs, and hotels throughout Kansas and several other states. Their first restaurant was in Hamilton. They managed country clubs in Emporia, McPherson, Stillwater, Oklahoma, and Flint, Michigan to name a few. Their life together was an ever-changing adventure, pulling up stakes and moving on to the next opportunity whenever possible. They were together for eighteen years before the marriage ended and Tina moved back to her hometown of Eureka. Tina married Richard "Dick" Braden in May 1976, and started a new chapter of her life. She enjoyed life on the farm, but was not happy unless she had several irons in the fire and was working from dawn to dusk. Tina was an extremely savvy businesswoman, as she managed to sell real estate while managing her multiple rental properties throughout town. In her spare time, she liked to play golf and bridge at Eureka Country Club. On occasion, she attended the Lutheran Church where Dick was a member. She also attended the Christian Church in Eureka. She enjoyed spending time with family, especially her grandchildren Jennifer and Jeremy Saunders who grew up in Eureka. She is survived by son, Terry E. and his wife, Janice Pursell of Enid, Oklahoma; daughter, Cindy Saunders of Eureka; grandchildren, Lori and husband, Luis Moreno of Broken Arrow, Oklahoma; Casey Pursell of Las Vegas, Nevada; Jennifer Saunders and John Grzesinski of Andover, Kansas; and Jeremy and his wife, Laura Saunders of De Soto, Kansas; great-grandchildren, Savannah, Annie, Ben, and Lillie Moreno; Joslynn Grzesinski; and Hudson Saunders; and sister, Mary Murphy of Eureka. She was preceded in death by her husband, Richard Braden; her parents; and her half-sister, Glenna. Special thanks to her devoted daughter Cindy Saunders for her loving care of her mother in her waning years. Funeral services will be held at 2:00 P.M., Saturday, February 11, 2017 at Christ Lutheran Church in Eureka with Pastor Tim Meyer and Pastor Kenneth Baker of the First United Methodist Church officiating. Interment will follow at Greenwood Cemetery. Visitation hours are set from 5:00 P.M. to 7:00 P.M., Friday, at the funeral home. In lieu of flowers, the family has requested that memorials be made to the Christ Lutheran Church or to the Greenwood County Hospital. Contributions may be sent in care of Koup Family Funeral Home, P.O. Box 595, Eureka, KS 67045, which is overseeing arrangements. Condolences may be left for the family online, at koupfunerals.com

Helen Christine "Tina" Braden, a long-time resident of the Eureka area, passed away on Wednesday, February 8, 2017 at Greenwood County Hospital, in Eureka, at the age of 83, surrounded by loved ones. Tina was born on September 17th, 1933 in... View Obituary & Service Information

The family of Helen C. "Tina" Braden created this Life Tributes page to make it easy to share your memories.

Helen Christine &quot;Tina&quot; Braden, a long-time resident of the Eureka...

Send flowers to the Braden family.