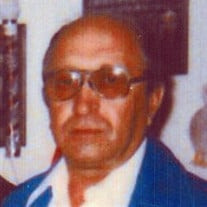 Harry Eugene Woodard of Eureka, died on Monday, March 28, 2016 at the Eureka Nursing Center, in Eureka, at the age of 76. He was born on May 5, 1939, in Rago, Kansas, the son of Eugene Wallace and Elsie Lively (Madsen) Woodard. He was raised in Rago and Wichita until at age of 15, when the family moved to Idaho. He attended local schools. After graduating, he served in the United States Army for nearly seven years, having earned the rank of Lieutenant Colonel. His service included action in Vietnam and time in the U.S. Air Force as a helicopter pilot. After his discharge from the military, he lived all across the United States including, Arkansas, California, Oregon, and North Carolina. In 1962, he was united in marriage to Mary Gail Howard in Idaho. To this union two children were born: Harry Eugene “Jay” Woodard, Jr. and James Edward Woodard, both of Boise, Idaho. This marriage later ended in divorce. In 1970, he was united in marriage to Mary Louise Greiner in Arkansas. This marriage later ended in divorce. In 1977, he met his long-term roommate and partner of 38 years, Doris Loretta Robey of Eureka. He in turn became a part of her family and was loved by her and her six children: William Walter “Bill” Robey, John Hall Robey, Myrt R. Sturdivant, Loretta Louise Lasiter, Nancy Sharyn Ledesma, and Gerald “Gerry” Robey (preceded). In September 2015, due to health reasons, he entered the Eureka Nursing Center. He worked in various jobs during his lifetime including carpentry, jewelry making, tailor, and truck driver. Late in life, he worked odd janitorial jobs at different businesses. He worked in law enforcement for a long period of his life. He was a police officer in Little Rock, Arkansas, and Portland, Oregon, a Sheriff’s Deputy in Shawnee, Oklahoma, a security guard for the Pinkerton Detective Agency and Wells Fargo, and an agent of the FBI for a short period of time. He once was a member of the Hells Angels of Los Angeles, California. He was baptized around the age of 16 at the Glenns Ferry, Idaho Church of Jesus Christ of Latter Day Saints, and was a member of the Great Bend Church of Jesus Christ of Latter Day Saints. He is survived by his roommate and partner, Doris Loretta Robey of Eureka; his two children; and her five surviving children; numerous grandchildren and great-grandchildren; one great-great-grandchild; and three sisters, Joyce Gardner of Boise, Idaho; Janet “Ellen” Crooks of Boise, ID; and Ida Wood of Arkansas City, Kansas. He was preceded in death by his parents; grandparents; and two brothers, Theodore Eugene “Ted” Woodard; and Kerry Gilbert Woodard. Memorial services will be held at 11:00 A.M., Saturday, April 9, 2016 at the Mended Heart Ministries in Eureka with Pastor Larry Moore officiating. Cremation has been effected. A private family inurnment will be held at a later date. In lieu of flowers, the family has requested that memorials be made to Mended Heart Ministries. Contributions may be sent in care of Koup Family Funeral Home, P.O. Box 595, Eureka, KS 67045, which is in charge of service arrangements.

Harry Eugene Woodard of Eureka, died on Monday, March 28, 2016 at the Eureka Nursing Center, in Eureka, at the age of 76. He was born on May 5, 1939, in Rago, Kansas, the son of Eugene Wallace and Elsie Lively (Madsen) Woodard. He was raised... View Obituary & Service Information

The family of Harry Eugene Woodard created this Life Tributes page to make it easy to share your memories.

Send flowers to the Woodard family.