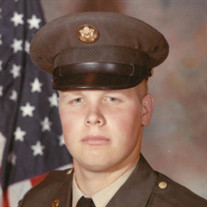 Gregory Paul Rockhill of Andover, Kansas, died on Monday, May 17, 2021 at Wesley Medical Center in Wichita, at the age of 67. He was born October 13, 1953, in Wichita, Kansas, the son of Kenneth Paul and Aurilla “June” (Thompson) Rockhill. He was raised in Eureka, Kansas, and attended local schools, graduating with the Class of 1972. While in school he was a member of the Boy Scouts and the Eureka Chapter of DeMolay. Following graduation, he joined the Kansas Army National Guard where he served with dignity and honor. He was united in marriage to Mary Ann Ferguson on October 19, 1974, in Eureka. They made their home in Eureka. To this union, two sons were born. The marriage later ended in divorce. She preceded him in death. Greg went to work in the oil fields for several years. In the mid 90’s he moved to Michigan and worked for General Motors. He was laid off from GM and found work driving a tow truck. He spent several years working in the Preston Feather lumberyard. In 2009, he returned to Kansas where he went to work for Dustrol as a field mechanic. He will be remembered by those who knew him as an avid fisherman, a great cook, and a very hard worker. He is survived by his sons, Michael Paul Rockhill of Wichita; and Jeffery Scott Rockhill of Eureka; sister, Janice Zuk of El Dorado; and five grandchildren. He was preceded in death by his parents. Memorial services will be held at 2:00 P.M., Friday, June 4, 2021 at Koup Family Funeral Home, in Eureka, with Pastor Kevin Lawrence of the Climax United Methodist Church officiating. Cremation has been effected. Inurnment will follow at Greenwood Cemetery. In lieu of flowers, the family has requested memorials be made to the Eureka High School Football program or to Victoria Falls Assisted Living. Contributions may be sent in care of Koup Family Funeral Home, P. O. Box 595, Eureka, KS 67045, which is overseeing arrangements. Condolences may be left for the family online at koupfunerals.com

The family of Gregory Paul Rockhill created this Life Tributes page to make it easy to share your memories.

Gregory Paul Rockhill of Andover, Kansas, died on Monday, May...

Send flowers to the Rockhill family.