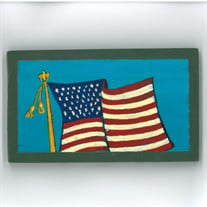 Gayle D. Ashlock Gayle D Ashlock of Neal, died on Friday, May 8, 2015 at his home in Neal, at the age of 77. He was born on February 4, 1938, in New Albany, Kansas, the son of Marion William and Delyte Irene (Franks) Ashlock. He was raised in Neal and graduated fron Tonovay High School after which, he moved to El Dorado to attend Butler County Community College. After his schooling, he joined the United States Air Force serving from 1960 to 1964. Upon his discharge he moved to Fredonia and worked for Ladow-Spohn as an artist, and later Kansas Bank Note as a check illustrator. In 1965, Gayle was united in marriage to Linda Milner. To this union three children were born. The family later moved to Independence where Gayle was working for the United States Postal Service as a clerk. This marriage later ended in divorce. In 1994, he was united in marriage to Zada Frances “Fran” (Blizzard) Garman in Independence. They made their home in Sycamore for 15 years. They then retired to Neal. Gayle was a member of the First Baptist Church of Independence and the Neal Evangelical Free Church. He is survived by his wife, Fran of the home; four children, son, Michael Paul and wife, Brooke Ashlock of South Coffeyville, Oklahoma; daughter, Dedra Kay Ashlock of Stockton, Missouri; son, Stephen Ray and wife, Mica Ashlock of Neodesha; and step-daughter, Ava Sue Green of Saint Petersburg, Florida; twelve grandchildren; five great-grandchildren; five siblings, sister, Jo Jackson of Albuquerque, New Mexico; brother, Otis and wife, Darla Ashlock of Neal; sister, Nellene and husband, Jerry Sandburg of Edmond, Oklahoma; sister, Myonne Borst of Pratt; and half-sister, Betty Leigh Burris of Clovis, New Mexico; He was preceded in death by his parents, and one great-grandson. Funeral services will be held at 2:00 P.M., Wednesday, May 13, 2015 at the Neal Evangelical Free Church with Pastor Larry Evans officiating. Interment will follow at Neal Cemetery. Visitation hours are set from 5:00 P.M. to 7:00 P.M., Tuesday, at the funeral home. In lieu of flowers, the family has requested that memorials be made to Interim Hospice or to Samaritan’s Purse. Contributions may be sent in care of Koup Family Funeral Home, P.O. Box 595, Eureka, KS 67045, which was in charge of service arrangements.

Gayle D. Ashlock Gayle D Ashlock of Neal, died on Friday, May 8, 2015 at his home in Neal, at the age of 77. He was born on February 4, 1938, in New Albany, Kansas, the son of Marion William and Delyte Irene (Franks) Ashlock. He was raised... View Obituary & Service Information

The family of Gayle D Ashlock created this Life Tributes page to make it easy to share your memories.

Gayle D Ashlock of Neal, died on Friday, May...