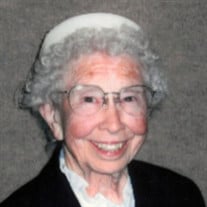 Dorice “Dorine” (Smith) Hamilton, formerly of Wichita, died Thursday, June 2, 2016, at Greenwood County Hospital in Eureka, at the age of 96. She was born August 18, 1919, in Wellington, Kansas, the daughter of Carlyle and Elta Mae (Linn) Smith. The family moved to rural Greenwood County in 1924, where she was raised and attended local schools. Dorine graduated from Neal High School, with the graduating class of 1937. On June 14, 1942, Dorine was united in marriage to Herrold Leroy Hamilton at the Methodist Church in Neal. They made their home in Wichita. She was employed from October 26, 1942 to August 27, 1945, by Boing Aircraft Company of Wichita as a Handformer-Straightener in the Hydropress and Handforming Shops while her husband was in the Army. After the war, she worked for Dun & Bradstreet for several years, retiring after thirty-eight years from U.S. Government Civil Service. She and her husband owned and operated Leroy’s Cycle Shop. In 1950, she and her husband opened their home to niece, Mila Hanson, who lived with them for four years. Dorine is survived by two sisters, Meryl Sanders of Cottonwood Falls; and Elaine O’Quinn of Yulee, Florida; her nieces and nephews, Mila and husband Tom George, of Toronto; Donna Robinson of Colorado Springs, Colorado; Gareth Smith and Peggy, of Wichita; Sandra O’Quinn of Jacksonville, Florida; Gerald Sanders and wife Diane, of Strong City; Gayla and husband Bill Scott of Wichita; Sue Kittrell, of Yulee, Florida; Rilla and husband Donald Rogus of Wichita; Gary Smith and wife Makayla of Toronto; and Lisa and husband Mike Gant, of Wichita. She was preceded in death by her parents; husband; two sisters, Pauline Hanson and Vera Smith; three brothers, Donald, Beryl, and Gerald (Gene); one niece LaDena Sanders; and one nephew, Joe Sanders. Funeral services will be held at 2:00 P.M., Tuesday, June 7, 2016, at Central Christian Church, in Wichita, Kansas. Interment will follow at White Chapel Memorial Gardens, Wichita. Koup Family Funeral Home, Eureka, is in charge of arrangements.

The family of Dorice "Dorine" (Smith) Hamilton created this Life Tributes page to make it easy to share your memories.

Send flowers to the Hamilton family.