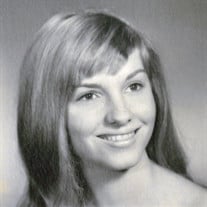 Theda “Diane” Hawthorne, of Wichita, formerly of Eureka, died on Wednesday, September 7, 2016, at Wesley Woodlawn Hospital, in Wichita at the age of 66. She was born on October 20, 1949, in, Eureka, the daughter of Billy J. and Annabelle (Farr) Hawthorne. She was raised in Eureka and graduated from Eureka High School, later attending Butler County Community College. In 1968, Diane was united in marriage to Ricky Yutuc at Fort Riley, Kansas. To this union, one daughter was born. Diane lived in Hawaii with Ricky, and after divorcing returned to Eureka, where she worked in the Greenwood County Courthouse. She later moved to Wichita and began working at Boeing in 1986, retiring in 2000. In 2009, Diane was united in marriage to Bob Ware, in Eureka; she was widowed the same year. She was a member of Christ Lutheran Church of Eureka. She is survived by one daughter, Stacy Yutuc of Los Angeles; and two siblings, sister, Sandra Maloney of Bel Aire, Kansas; and brother, Bruce Hawthorne of Wichita. She was preceded in death by her parents; husband; and one brother, Allen Hawthorne. Funeral services will be held at 2:00 P.M., Saturday, September 10, 2016, at Christ Lutheran Church with Reverend Tim Meyer officiating. Interment will follow at Greenwood Cemetery. In lieu of flowers, the family has requested that memorials be made to the Great Plains SPCA. Contributions may be sent in care of Koup Family Funeral Home, P.O. Box 595, Eureka, KS 67045, which is in charge of service arrangements. Condolences may be left for the family online at koupfunerals.com.

The family of Diane Hawthorne created this Life Tributes page to make it easy to share your memories.

Send flowers to the Hawthorne family.