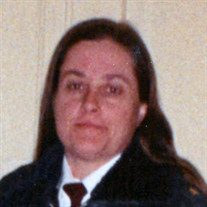 Deborah “Kay” Rice of Eureka, died on Wednesday, January 8, 2020, at her home in Eureka, at the age of 68. She was born on September 29, 1951, in Eureka, the daughter of Lloyd O., Sr., and Virginia Morain (Gaffney) Rice. She was raised in Eureka and attended local schools, graduating with the Class of 1969. She later attended Friends University and completed an Associate of Science Degree in General Business. She then went on to Butler County Community College and completed an Associate of Arts Degree. She worked at the Phillips Pipeline and for Southwestern Bell. She also worked for a time for the Greenwood County EMS and the Greenwood County Sheriff’s Department. She was a security officer at Butler County Community College. She retired in 2012 after 21 years at the college. She was a member of the Christian & Congregational Church. She is survived by two siblings, Lloyd O. Rice, Jr. of Eureka; and Ann Virginia Marshall of Washington, Missouri; and one nephew, Michael Marshall of Nashville, Tennesee. She was preceded in death by her parents; and one brother, Gerald Eugene “Jere” Rice. Cremation has been effected. Memorial services will be held at 10:00 A.M., Thursday, July 30, 2020 at Greenwood Cemetery with Chaplain Mark Somerville officiating. In lieu of flowers, the family has requested that memorials be made to Good Shepherd Hospice. Contributions may be sent in care of Koup Family Funeral Home, P.O. Box 595, Eureka, KS 67045, which is overseeing arrangements. Condolences may be left for the family online, at koupfunerals.com.

The family of Kay Rice created this Life Tributes page to make it easy to share your memories.

Send flowers to the Rice family.