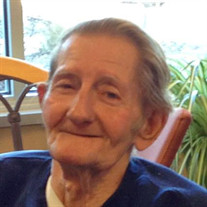 David Oscar “Dave” Schneider of Eureka, died on Friday, April 1, 2016 at Susan B. Allen Memorial Hospital in El Dorado, at the age of 74. He was born on April 7, 1941, in Howard, Kansas, the son of Joseph Antone and Mildred Frances (Shipman) Schneider. He was raised Eureka and graduated from Tonovay High School. After his schooling, he worked for Greenwood Cemetery. He later worked mostly in construction including working on Sterling College, and remodeling homes and roofing jobs. He lived in Grand Island, Nebraska for a time, where he was part of the crew that installed I-80 Highway. In 1966, Dave was united in marriage to Ann in Grand Island. They made their home in Nebraska, and later Kansas. This marriage later ended in divorce. He is survived by five siblings, Sherry Owen of Hobbs, New Mexico; Jeannette Griffith of North Newton; Larry Schneider of Pomona; Judy Stackley of El Dorado; and Lois Clark of Newton; and numerous nieces and nephews. He was preceded in death by his parents, and three siblings: Joseph Homer Schneider, Nancy “Darlene” Brand, and Darrell Schneider. Graveside services will be held at 11:00 A.M., Tuesday, April 5, 2016 at Greenwood Cemetery, Eureka, with Mr. Jayme A. Koup officiating. Visitation hours are set from 5:00 P.M. to 7:00 P.M., Monday, at the funeral home. In lieu of flowers, the family has requested that memorial contributions be made to the Kansas Humane Society or to the American Cancer Society. Contributions may be sent in care of Koup Family Funeral Home, P.O. Box 595, Eureka, KS 67045, which is in charge of service arrangements.

The family of David Oscar "Dave" Schneider created this Life Tributes page to make it easy to share your memories.

Send flowers to the Schneider family.