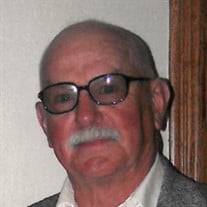 Darr Ray Tracy of rural Toronto, died of natural causes on Wednesday, April 14, 2021, at his home, at the age of 84. He was born on August 10, 1936, in Harper County, Kansas, the son of Henry “Milton,” Jr. and Susie (Bell) Tracy. He was raised in Ford County and graduated from Ford High School. After his schooling he worked in the oilfields and travelled. He moved to Colorado and began working for Public Service Company of Colorado as an electrician. He retired in the mid-80s. After his retirement, he travelled all around the country doing many interesting things. For a time he was a cook on a fishing boat in Alaska and later at a hunting camp. He moved to Toronto, Kansas in 1993, purchasing a ranch there. It was there that he met the love of his life, Mary Ellen Sowder, with whom he spent the best years of his life, there on the ranch. She preceded him in death, exactly five years prior, on April 14, 2016. He is survived by his children: Lisa Marie Smith of Pawling, New York; Kim Rae Tracy of Kemp, Texas; Kirk Darr Tracy of Parker, Colorado; and Lee Lind of Gillette, Wyoming; sixteen grandchildren; eight great-grandchildren; and two great-great-grandchildren. He was preceded in death by his parents; daughter, Keta Renea Tracy; one grandson, Billy Lindsey; and brothers, Grant Neil Tracy and Brandt Clark Tracy. A Celebration of Life will be held at a later date. Cremation has been effected. A family scattering will take place at a later date. In lieu of flowers, the family requests that memorials be made to the Toronto Public Library. Contributions may be sent in care of Koup Family Funeral Home, PO Box 595, Eureka KS 67045, which is overseeing arrangements. Condolences may be left for the family online, at koupfunerals.com.

The family of Darr Ray Tracy created this Life Tributes page to make it easy to share your memories.

Send flowers to the Tracy family.