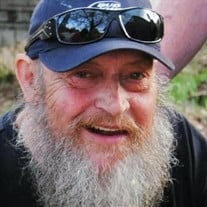 Christopher Howard “Chris” Van Pool of Eureka, died on Monday, December 27, 2021, at Greenwood County Hospital, in Eureka, at the age of 69. He was born on December 19, 1952, in New Albany, Indiana, the son of William Howard and Sarah Jean (Moore) Van Pool. He was raised in Indiana for a few years before the family moved to California. They alternated back and forth between California and Missouri. Chris was united in marriage to Marsha Pattison. To this union, two children were born. He was later married to Diana Thomas. To this union, 2 children were born. He also lived for a time in Montana before returning to Kansas. He was later united in marriage to Tracey Ogden. To this union, three children were born. In 1999, Chris was united in marriage to Jolene Merwin. To this union, one daughter was born. He is survived by his children, Christopher Webber of Montana; Sarah Fryer of Montana; Layla Van Pool of Arizona; Aaron Van Pool of Kansas; David Van Pool of Kansas; Jesse Ogden of Kansas; Seth Van Pool of Kansas; Krystal Wark of Kansas; Megan Van Pool of Nevada; three step-children, Cheyenne Thomas-Dunn of Kansas; Daniel Ogden of Kansas; and Shawn Galindo of Kansas; nineteen grandchildren; and three brothers, Billy Van Pool of Montana; Jack Young of Arizona; and Jim Young of Montana. He was preceded in death by his parents and one grandchild. Memorial services will be held 2:00 P.M., Saturday, May 28, 2022, at Phillips Cabin, Eureka Lake. Cremation has been effected. In lieu of flowers, the family requests that memorials be made to the Chris Van Pool Memorial Fund. Contributions may be sent in care of Koup Family Funeral Home, PO Box 595, Eureka KS 67045, which is overseeing arrangements. Condolences may be left for the family online, at koupfunerals.com.

The family of Chris Van Pool created this Life Tributes page to make it easy to share your memories.