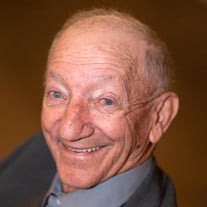 Charles Lewis “Lew” Bitler of Eureka died on Friday, April 15, 2022, at Wesley Medical Center, in Wichita, at the age of 79. He was born on September 22, 1942, in Eureka, the son of Charles Lester and Lois Marie (Teter) Bitler. He was raised in Eureka and graduated from Eureka High School with the Class of 1960. On June 2, 1962, Lew was united in marriage to Carolyn Sue Hosler in Eureka. They made their home in Eureka and to this union, four children were born. Lew was the President/CEO of Midwest Mill Modernization, Inc. He was a member of Sacred Heart Catholic Church and the Knights of Columbus. He enjoyed the great outdoors, fishing, hunting, mowing the yard, and sitting on the deck taking in the world’s natural beauty. He loved spending time with his family and friends and loved a great joke. He shared his infectious laughter with everyone. He loved his Pepsi, potato chips, homegrown tomatoes, good BBQ, K-State Football, and KU Basketball. Lew never met a stranger; he lived life to the fullest and was always up for a good time. He is survived by his wife and best friend, Sue of the home; his children, Kim and husband, Garry Fritts of Ottawa; son, Eric and wife, Karen Bitler of Eureka; daughter, Gina and husband, James Slayden of Emporia; and daughter, Lori and husband, John Rickman of Branson, Missouri; eleven grandchildren: Amanda and husband, Brad Whitsell; Whitney and husband, Brandon Blanco; Adam and wife Kaylin Fritts; Kayla and husband, Jay Loschke; Megan Bitler; Evan Slayden; Stephanie and husband, Kolten Harshbarger; Sawyer Slayden; Reed Slayden; Chloe Rickman; and Sydney and husband, Kameron Hampton; seven great-grandchildren: Aubrey Whitsell, Makenna Whitsell, Allyson Cummings, Addelynn Cummings, Tatum Blanco, Lauren Fritts, Easton Layman, and Jaxon Gorden; two siblings: Dan and wife, Carol Bitler of Eureka; and Dorothy and husband, Richard Hayes of Congress, Arizona; brother-in-law, James Beitz of Eureka; and two spoiled rotten cats along with many lifetime friends. He was preceded in death by his parents, and sister, Barbara Beitz. Memorial Mass will be held at 10:00 A.M., Saturday, April 23, 2022, at Sacred Heart Catholic Church, in Eureka with Father Nicholaus Jurgensmeyer officiating. Cremation has been effected. Rosary recitation will begin at 9:30 A.M., at Sacred Heart. Visitation hours are set from 5:00 P.M. to 7:00 P.M., Friday, at the funeral home. In lieu of flowers, the family requests that memorials be made to the Greenwood County Hospital Foundation-Pulmonary Rehab Department or to the Sacred Heart Altar Society. Contributions may be sent in care of Koup Family Funeral Home, P.O. Box 595, Eureka, KS 67045, which is overseeing arrangements. Condolences may be left for the family online, at koupfunerals.com.

The family of Lew Bitler created this Life Tributes page to make it easy to share your memories.

Send flowers to the Bitler family.