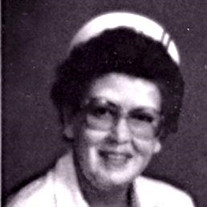 Carol Jean Fowler, of Eureka, died Thursday, June 28, 2018, at Eureka Nursing Center in Eureka at the age of 77. Carol was born September 25, 1940, in Eureka, the daughter of Robert F. and Iola R. (Oblander) Chambers. As a child the family moved a lot for her father’s job. She attended school in Eureka, Wichita, Fremont, NE, and Kansas City, Kansas where she graduated from Turner High School with the Class of 1958. Following graduation, she attended business school in Kansas City. In 1960, Carol was united in marriage to Larry L. Fowler. To this union three children were born. The marriage later ended in divorce. She pursued her life long dream of becoming a nurse, receiving her CNA degree. She continued her education at Colby Community College earning her LPN degree while also working at a nursing home in Hill City. In 1980, the family returned to Eureka, where she went to work at Greenwood County Hospital and continued her schooling at Butler Community College and later Wichita State University, earning her coveted RN degree. She worked at Greenwood County Hospital until she retired in 2005. Carol is survived by her children: Larry R. and wife, Angie Fowler of Great Bend; David E. and wife, Felica Fowler of Hamilton, and Sheryl K. and husband, Tom Hare of Toronto; fourteen grandchildren and 26 great-grandchildren. She was preceded in death by her parents. Graveside services are set for 10:00 A.M., Friday, July 6, at Greenwood Cemetery in Eureka with Pastor John Craighead officiating. Visitation hours are set from 5:00 P.M., to 7:00 P.M., Thursday, at the funeral home. In lieu of flowers, the family has requested that memorials be made to the Greenwood County Hospital. Contributions may be sent in care of Koup Family Funeral Home, P.O. Box 595, Eureka, KS 67045, which is overseeing arrangements. Condolences may be left for the family online, at koupfunerals.com

Carol Jean Fowler, of Eureka, died Thursday, June 28, 2018, at Eureka Nursing Center in Eureka at the age of 77. Carol was born September 25, 1940, in Eureka, the daughter of Robert F. and Iola R. (Oblander) Chambers. As a child the family... View Obituary & Service Information

The family of Carol Jean (Chambers) Fowler created this Life Tributes page to make it easy to share your memories.

Send flowers to the Fowler family.