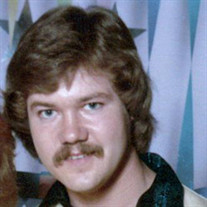 Bradley Lynn “Brad” Felter, of Eureka, died Tuesday, June 5, 2018, at his home in Eureka, at the age of 59. Brad was born December 12, 1958, in Eureka, the son of Leonard Clyde and Betty Mae (Robinson) Felter. He was raised in Eureka, attending local schools and graduating from Eureka High School with the Class of 1976. Following graduation, Brad attended Butler County Community College for two years. Upon completion of his education, Brad was united in marriage to Michelle Ferguson. To this marriage a daughter, Lindsey Michelle was born. The marriage later ended in divorce. On October 4, 1991, Brad was united in marriage to Teresa Arlene Walker, in Miami, Oklahoma. They made their home in Girard, before moving to Eureka in 2011. Brad worked at Huebner Motors in Pittsburg as a sales manager, working his way up to become general manager at Joplin Toyota, where he worked until he retired. He loved to fish, hunt, golf, and spend time on amateur photography. He enjoyed spending time with family. He is survived by his wife, Teresa, of the home; a daughter Lindsey Michelle Gongaware, of Surprise, AZ; four grandchildren: Carson Dann, Cayleb Dann, Cielyn Dann, and Carrigan Dann of Surprise, AZ, who knew him as “Papa Egg”; two sisters: Deanna Funk of Eureka, and Brenda and husband, Jim Martin of Waco, TX; and one brother, Gregory and wife, Kathy Felter of Scammon, Ks. He was preceded in death by his parents. Funeral services are set for 1:30 p.m., Tuesday, June 12, 2018, at Koup Family Funeral Home. Interment will follow at Piedmont Cemetery, Piedmont, Ks. Visitation hours have been set from 5:00 P.M. to 7:00 P.M., Monday at the funeral home. In lieu of flowers, the family requests that memorials be made to Eureka EMT or to the American Cancer Society. Contributions may be sent in care of Koup Family Funeral Home, P.O. Bo 595, Eureka, Kansas 67045, which is overseeing funeral arrangements. Condolences may be left for the family online at koupfunerals.com

The family of Bradley Lynn Felter created this Life Tributes page to make it easy to share your memories.

Send flowers to the Felter family.